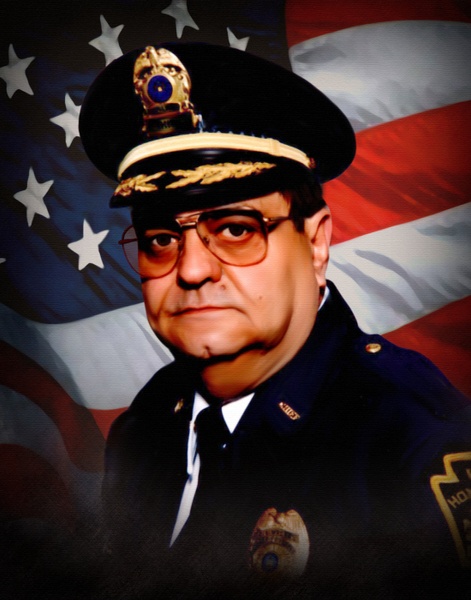 Chester was born in Hays, PA the son of the late Chester T. and Mary (Vecchio) Wrobel.

He was the beloved husband of 58 years to the love of his life Mary Jean (Harpish) Wrobel;

Chester was raised in West Homestead and graduated from Homestead H.S. in 1955 and enlisted into the U.S. Navy the same year.  In 1964 he joined the West Homestead Police Dept. as a patrolman, in 1969 he was promoted to Lieutenant, in 1974 he was promoted to Captain and finally in 1978 he was promoted to Chief and served in that position till his retirement in August of 1999.  Upon his retirement he went to work in the Allegheny County District Attorney's office at an Investigator for D.A. Stephen Zappala.  He served as a member of the Faternal Order of Police Lodge # 91 for over 50 years serving as a Delegate, Board of Directors, Recording Secretary and the Office of Parliamentarian for the PA  State F.O.P.  Chester was also a member of the Western Pennsylvania Chief's of Police Association where is served as Treasurer, 3rd Vice President in 1990, President in 1991 and Treasurer from 1999 to 2002.

The family would like to give a heartfelt thank you to the Forbes Hospital Hospice staff and all the nurses on the 5 South B Team for their wonderful care.

In lieu of flowers the family request memorial donations be made in Chester's name to a charity of your choice.  Please share your memories and condolences at gerogeigreenfuneralhome.com

To send flowers to the family in memory of Chester Wrobel, please visit our flower store.