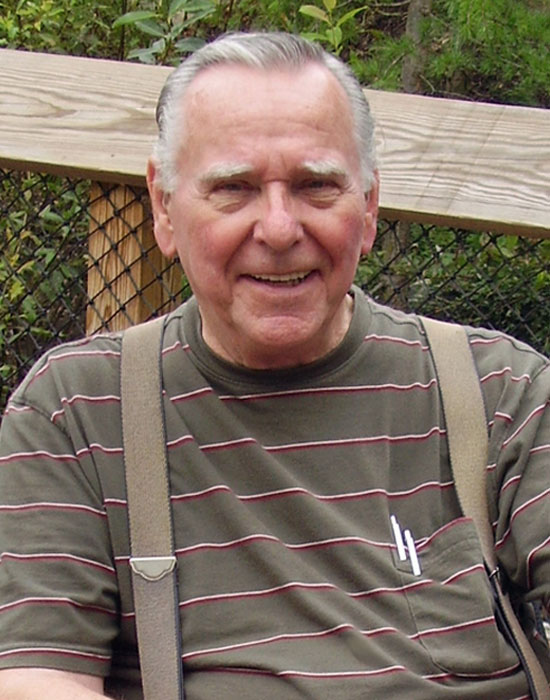 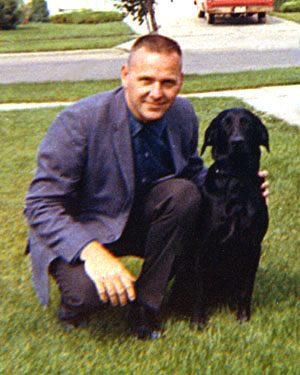 Edward "Eddie" Harold Andersen, 89, of Pittsburgh (Mt. Lebanon),  PA, formerly of Georgetown, SC, Washington, DC, Owatonna, MN, Minot, ND, Moorhead, MN, Minneapolis, MN and Chicago, IL, passed away Wednesday, September 23, 2020, at UPMC Presbyterian Hospital in Pittsburgh, PA due to complications from chronic conditions. Ed was the beloved husband of the late Valerie Carol (Svensson) Andersen for 52 years; son of the late Lucille Jane (Zebroski) Andersen; father of Jane Dorothy (Moore) Czernik, of New Bern, NC and Linda Elaine Andersen, of Pittsburgh (Mt. Lebanon), PA, with whom he and his wife made their home with for the last 25 years since 1995; and grandfather of Matthew and Axl Moore, of Georgetown, SC. He is also survived by several great-grandchildren; and his faithful yellow Labradors, Emma (pictured above) and Major, among many previous pets, most notably his very special black Labrador, Toots (pictured above). Ed was born in Chicago, IL during the Great Depression and was raised as a little boy by his young mother, aunts and the nuns at school.  After graduating from his high school boarding school, St. Bede's Academy, in Peru, IL, Ed attended St. Benedict's College in Atchison, KS on a football scholarship where he played both Center and Guard positions, but after 1 year sustained a knee injury and enlisted into the US Air Force. He served 4 years, from 1951 - 1955, where he was stationed in Fairbanks, Alaska and Maine firstly as a clerk typist and then secondly working in the Orderly Room during the Korean War. Ed then went back and finished his Bachelor of Business Administration at St. Benedict's College in 1958, under the GI Bill.  During these three years he met his wife and they were married on October 31st, 1959. They honeymooned in Miami, FL for a week.  He and Val had their first daughter, Jane, on December 24, 1960 in Chicago, IL and their second daughter, Linda, on December 1, 1963 in Minneapolis, MN.  Ed's lifelong career was as a bank examiner with the FDIC until he retired at age 55 in 1986. During Ed's younger years he enjoyed playing pool, fishing, poker, going to the Minnesota Vikings football training camps and games, camping and training Labradors to run in the National Field Trials.  After his retirement he relaxed in SC with golf, poker, watching football, spending time with the family's Labradors, among other things, and was known to say "Life is supposed to be easy." on more than one occasion.  He wasn't easily ruffled and enjoyed a good laugh.  Ed was an unwaveringly devoted, loyal, faithful, supportive, and loving husband and father. He will be always deeply loved, forever greatly missed, and remembered for all of eternity. Private services were held. Arrangements were made by George Irvin Green Funeral Home, Inc., Munhall, PA. Family suggests donations be made to Humane Animal Rescue 6926 Hamilton Avenue Pittsburgh, PA 15208.

To order memorial trees or send flowers to the family in memory of Edward Andersen, please visit our flower store.
Send a Sympathy Card