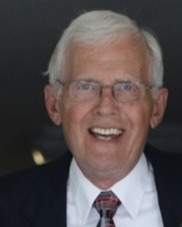 He was a graduate of New Castle High School and attended Westminster College.

Jim was employed with the New Castle News for over 41 years. He was the composing room foreman for 23 of those years. After retirement, he was a greeter with the R. Cunningham Funeral Home and Crematory in New Castle for several years.

Jim enjoyed being a volunteer for several organizations including Habitat for Humanity, the City Rescue Mission and the American Cancer Society.

Among his many interests, he enjoyed the outdoors, especially canoeing, kayaking and running. His greatest joy was spending time with his family and their yearly vacations at the beach.

He was a former member of Epworth United Methodist Church and attended New Life Baptist Church in New Wilmington.

He is survived by three children: a daughter, Tracy Findlay and her husband James of Munhall, Pa; two sons, J. Lynn Burkholder and his wife Patricia of Greenville, S.C. and Scott D. Burkholder and wife Mary Jo of Cranberry Twp.; two sisters, Nancy Scherer of Baldwinsville, NY, and Susan Burkholder of Delaware Ohio and five grandchildren and 4 great grandchildren.

In addition to his parents and his wife, he was preceded in death by a sister, Marcy Barge and brother-in-law Russell Barge.

In keeping with Jim's wishes, there will not be any services. His heartfelt feeling was "By knowing the Lord, having a wonderful wife, a great family, and truly good friends like you, I am leaving you feeling a blessed man!"

Jim will be laid to rest beside his wife in Castle View Gardens.

Memorial contributions may be made to either a local food bank, the Cancer Society, Hospice or the charity of donor's choice.

To send flowers to the family in memory of Jim Burkholder, please visit our flower store.