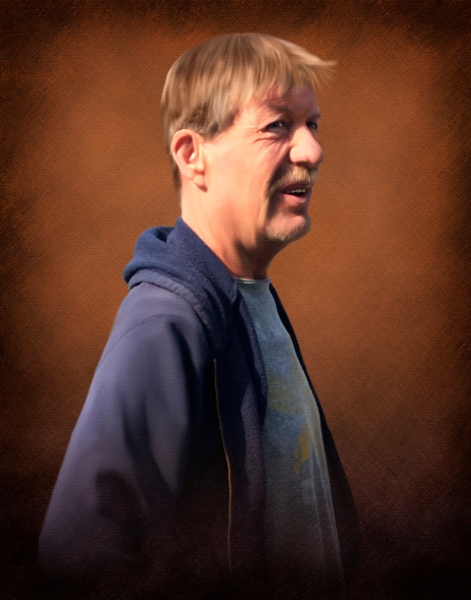 On the morning of December 19, 2016, Jack passed away suddenly at his home of natural causes. He had been courageously battling a terminal illness for the past two years. He was 55 years old.

Jack had been employed at Modern Builders Supply for more than 30 years and worked his way up to warehouse supervisor.  A few years ago when Jack was off due to a foot injury he sustained at work, his supervisor told his sister, Janet that they “had to hire two people to cover for him. He worked that hard”.

His sisters recall his sweet and gentle nature and his belief in the sanctity of life. Never would Jack turn away a homeless animal for they were his passion. The joys of his life were his two dogs, Raleigh and Bits.  He enjoyed being with them at home watching sports or crime shows. He had a green thumb and very much enjoyed vegetable gardening. He had many friends and loved hanging out with them at the local bar watching the Steelers.

Beloved son of the late John H. and Helen B.; Jack is survived by his daughter, Erica Smartnick (Bryan) of Mt. Pleasant, and two grandchildren, Rachel and Parker. He is the very much loved brother of Jeff Whitney (Dana) of Munhall, Janet Whitney of Pittsburgh, Shelley DeSantis (Tom) of Upper St. Clair, Chris Kuzma (Steve) of Pleasant Hills and Dave Whitney (Dawn) of West Mifflin; and was particularly fond of his niece, Kaley Kuzma, as well as his many other nieces and a nephew.

Family members feel comfort with the knowledge that Jack’s needs were all lovingly met to aid him in living independently at home in accordance with his wishes throughout his illness. We are very grateful to Dr. Jason Bierenbaum, Geoffrey Clauss, and all the nurses at the UPMC CancerCenter at UPMC McKeesport for their expertise and dedication to Jack’s well-being.

A private memorial service will be held for family.  All who are so inclined to honor Jack’s memory may do so by making a donation to an animal charity, caring for a homeless animal or treating your own pets well.

To send flowers to the family in memory of John Whitney, please visit our flower store.