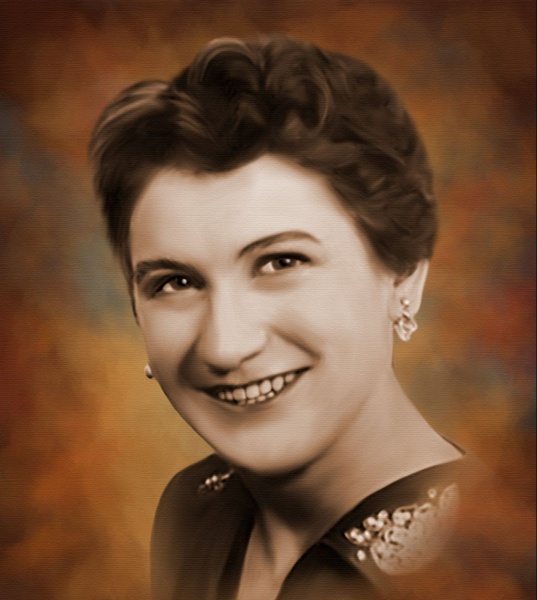 Margaret C. (Collins) Fusilli DeMartino, 87, passed away Friday, March 25, 2022 in Jefferson Hospital from complications of a stroke.  She was born April 6, 1934, in McKeesport,  the daughter of the late Regis and Cecilia (Landers) Collins. Margaret was known as Peggy or Marge depending upon her stage in life. Prior to starting a family, she worked as a stenographer at the Liquor Control Board in Pittsburgh and then moved on to be a secretary at the Bettis Atomic Lab. Later in life, she was a bookkeeper and payroll clerk for Weiner World and Noodles restaurants.  She also worked at Thrift Drug in White Oak and was a School Crossing Guard for Trafford Elementary.  She married Edmond Fusilli on June 9, 1956, and they raised their three daughters in Trafford.  They were married 31 years.  In addition to Edmond and her parents, she was preceded in death by her sister Geraldine Moore Wibner, brother-in-law Floyd Moore, brother-in-law Jack Wibner, and sister-in-law Jane Collins.  Peggy was also preceded in death by her second husband, Anthony DeMartino Sr.  Peggy married Tony when she was 68; they were married 19 years. They enjoyed their retirement years taking trips with AARP, playing cards and having lunch with friends, and spending time with their blended family.  She loved to dance; she and Edmond were the best jitterbuggers.  While living in Trafford, she enjoyed playing Bingo at the Polish Club. She was 100 percent Irish but was fondly known as “spaghetti grandma”.  Peggy will be remembered for her strength both emotionally and physically.  She is survived by her daughters Kathy Bardi (Chris), Tricia Orr (Bryan), and Lisa McGovern (Billy); grandchildren Ethan Curnow (Angelica), Ashley Curnow (Nick), Kyle McGovern, Colin McGovern (Emily), and Carley McGovern; great grandsons Cayden Curnow and Riley McGovern; stepsons Anthony DeMartino Jr. (Karen), Leonard DeMartino (Lori); step grandchildren Anthony, Christopher, Ashley, Aden, Lenny Jr., Luca, and Emma.   Also surviving are Peggy’s brothers Regis Collins and Thomas Collins (Jan) of South Carolina; and beloved nieces, nephews, great nieces, and great nephews.
Friends will be received at GEORGE IRVIN GREEN FUNERAL HOME, 3511 Main Street, Munhall on Sunday, March 27 from 2pm to 9pm.  A Mass of Christian Burial will be celebrated at Holy Angels Monday, March 28 at 10:30am.  Interment will follow at St. Joseph’s Cemetery, North Versailles.

To send flowers to the family in memory of Margaret C. (Collins) Fusilli DeMartino, please visit our flower store.