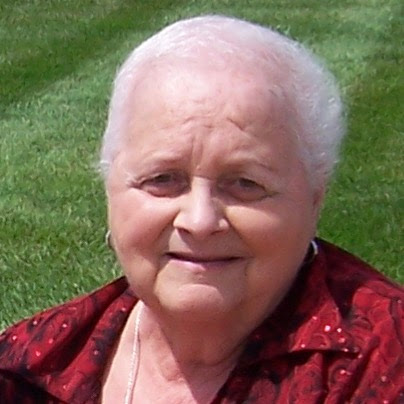 Marilyn Jean (Crilley) Barlow age 81, died peacefully in her sleep in the comfort of her home surrounded by loved ones on Wednesday, May 17, 2017.

Marilyn was born March 4, 1936 in Smithton, PA and was a longtime resident of Dravosburg, PA.  She served several times as an Elder of the Amity Presbyterian Church and was the Clerk of Session at Amity Presbyterian Church for more than 20 years and sang in the church choir for as long as she was a member.  She was also a member of the Dravosburg Republican Women.  She worked alongside her husband Thomas, supporting him in his role as the local tax collector for 28 years and served as a private secretary at US Steel Irvin Works for a decade.  Marilyn gave of her time to Meals on Wheels for 11 years and was a 50-year member with the White Oak Order of Eastern Star.  Most of all, she was a loving, warm, and kind Friend, Aunt, Sister, Wife and Mother.

Thomas, age 89 and Marilyn who fell in love at first sight, were happily married for 58 wonderful years and were residing in Grayslake, IL.  She is survived by her three children and her 7 grandchildren including Susan Lyn (Barlow) Fasano and Nicholas Sr., and their sons Nicholas Jr., Matthew and Michael, Thomas R. Barlow and Janet and their sons Thomas Jr. and Christopher and Sharon L. (Barlow) Wright and Randall and their children Arianna and Colin.

Her mother Mabel Hall who passed when Marilyn was only 1 and her father Howard William Crilley precede her in death.  Marilyn shared her life with her siblings who she cared for deeply, Robert, Betty, Janet, and Jackie.

Friends will be received at the George Irvin Green Funeral Home, 3511 Main Street, Munhall, PA on Monday, May 22 from 1-3 pm and 5-8 pm. An Eastern Star Memorial Service will be held at 7:30 pm. A service will be held on Tuesday, May 23 at 10 am at Amity Presbyterian Church followed by a committal service at Richland Cemetery in Dravosburg.

In lieu of flowers, the family kindly asks for donations to be made in Marilyn’s name to Amity Presbyterian Church.

To order memorial trees or send flowers to the family in memory of Marilyn Barlow, please visit our flower store.
Send a Sympathy Card