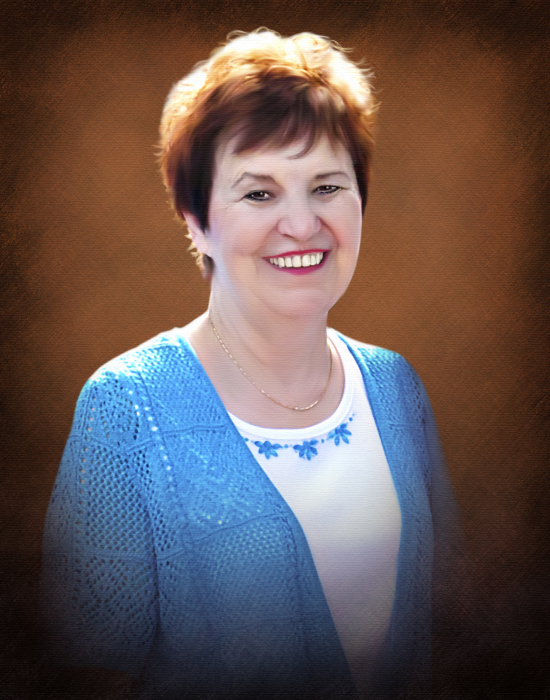 After a courageous battle with cancer, Patricia Ann "Trish" Wawro was blessed with everlasting peace and freedom from her pain on August 14, 2017.

"Mimi" as she loved to be called by her granddaughter, Vivian, was a devoted wife, loving mother, doting grandmother, loyal friend, and cookie baker extraordinaire. (Indeed, it is believed that Patricia set a world record one Christmas when she baked no less than twelve different kinds of cookies.)

Patricia entered this world on February 11, 1941, the first child of William Slater and Anna Felix Slater and older sister of Beverly Slater Capanna. She grew up in Hays, where she met and eventually married Thaddeus Karl Wawro in June of 1964. Their family soon grew to include two sons, Thaddeus William Wawro (husband of Susan Atkinson) and Gregory John Wawro (husband of Eileen Birmingham and father of Vivian Wawro).

Patricia's boundless energy, caring, and compassion made the world brighter for everyone she met. She was constantly doing for others, ever ready to lend a hand, a sympathetic ear, or a shoulder to cry on. Whenever you needed her, you could always count on her to be there. Her many loves included playing with her granddaughter, volunteering at an assisted living residence for the elderly, and enjoying the company of her many friends.

To order memorial trees or send flowers to the family in memory of Patricia Wawro, please visit our flower store.
Send a Sympathy Card