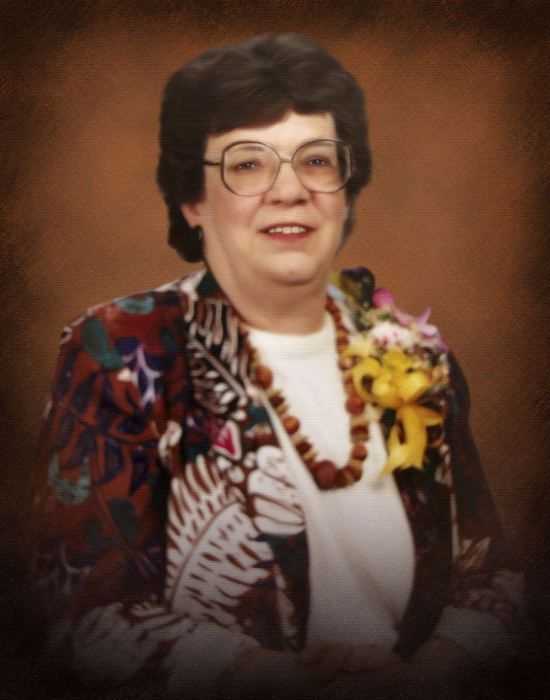 Peggy Price was surrounded by family on June 3, 2017, when she passed away peacefully. She was 82. Born April 16, 1935, Peggy was the youngest and last surviving of nine children. She was preceded in death by her parents, Michael Joseph and Mary Agnes Cush Price. Peggy was the beloved mother of Clalene Denise Collier Sadler (DeeDee) and Carol Ann Collier Masters, both of Page, Arizona. She was the cherished grandmother of Christopher Patrick Norte and Lindsey Greegan Norte, both of Arizona. She was anticipating the arrival of her first great-grandchild. Peggy also was the cherished aunt of 14 nieces and nephews and multiple grand-nieces and grand-nephews. Peggy was born and raised in Munhall. Her work career began as a young girl, babysitting her cousin, former PA governor Tom Ridge. Peggy remained in contact with Tom throughout her life. In her early years, Peggy was a professional dance instructor at the Arthur Murray School of Dance in downtown Pittsburgh. She remained an avid dancer and instructor throughout her life, enjoying line dancing into her senior years. Peggy later married and relocated to El Paso, Texas, where she raised her daughters and lived for more than 30 years. She held various jobs, including positions with Welcome Wagon, the U.S. Census Bureau, Mountain State Telephone and Telegraph, the Hilton Hotel and part-time with Sara Care during her tenure with the El Paso Independent School District from which she retired. Upon her retirement, she moved back to her hometown of Munhall, where she also worked part time in the offices of the Steel Valley School District. Peggy was involved in many organizations throughout her life which included Women's Aglow, and The Red Hat Society. She was also actively involved in a WWII veterans' association in Munhall. She helped organize a Memorial luncheon each Veterans Day for several years and collected donations for the Steel Valley Veterans Community. She recently was instrumental in having veteran's banners mounted on Main Street. Five of those banners were for her brothers who all served in World War II. Peggy was a devoted Christian and attended Valley View Baptist Church in El Paso and Calvary Baptist Church in West Mifflin. A Celebration of Life was held at the home of her daughter, Dee Dee Sadler, and was attended by family and friends. Corned beef and cabbage was served and many stories were exchanged. Services for Peggy will be held at 10:00 a.m. on Saturday, July 22, 2017, at the GEORGE IRVIN GREEN FUNERAL HOME, INC., 3511 Main St., Munhall 15120 (412-461-6394). Donations may be made to the Steel Valley Veterans Committee, Steel Valley Business Office, 220 East Oliver Road, Munhall, PA, 15120 in the name of Peggy Price. Please share your memories and condolences at: georgeigreenfuneralhome@

To order memorial trees or send flowers to the family in memory of Peggy Price, please visit our flower store.
Send a Sympathy Card