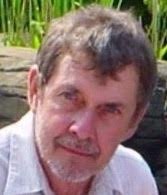 Robert "Bob" Thomas Faulkner, 70, of West Mifflin, Pennsylvania, passed away peacefully, Tuesday, February 14, 2017.
A celebration of his life will be held at 4:00pm, Sunday February 19th at Green Funeral Home, 3511 Main Street, Munhall, PA 15120. This will be a memorial service officiated by Father Bob of Holy Angels Parish at 4:00pm. Friends may call between the hours of 2pm and 4pm and then again at 6pm through 8pm.
Memorials may be made to the American Cancer Society and a guest book will be available.

Robert was born May 29, 1946 in Pittsburgh PA to Joseph Faulkner and Josephine (Baylon) Faulkner. He graduated from South High School on Pittsburgh's South Side. He began work as a skilled tradesman in 1967 as a glazier for the Glazier's Local Union 751. Most of the beautiful buildings in the city that feature glass architecture were his projects; PPG Place and the Wintergarden, One Oxford Center, Fifth Avenue Place, and the beautiful glass at Kaufmann's at Century III mall. He was regarded by his peers as a true craftsman. If you drive through the city and see beautiful glass architecture, Bob was probably there, and he was there year round--outside.
He was also an avid fisherman and loved to fish with anybody.

Robert is survived by his son and his daughter, and his sister. Thomas Robert Faulkner (son) and his wife Kristina Skirving-Faulkner of Charleston SC, and Dana Lynn (Faulkner) Vines (daughter) and Troy Vines of Florence KY. And Frances (Faulkner) Molinaro (sister) of Baldwin, PA. He is also survived by his four grandchildren: Mitchell Thomas Faulkner, Marley Rae Faulkner, Derek Lee Vines, and Isabella Rose Vines, and many nieces and nephews.

With a point of his finger and a raised eyebrow, Bob never shied away from sharing his wisdom, and it was never dull when people were in his company. He will be missed.

To send flowers to the family in memory of Robert Faulkner, please visit our flower store.